A Brief History of Cristo Rey Church in Lansing, MI

With contributions by B. Thomas McCloskey and Fr. Frederick L. Thelen

Cristo Rey Parish was founded in Lansing, Michigan in October, 1961; it was the culmination of a long process by which the Catholic Diocese of Lansing continually sought to address the needs of the Spanish-speaking population in the city and surrounding communities. Immediately, Cristo Rey Church provided Spanish-speaking members of the greater Lansing area with a spiritual home that also met social, organizational, and other community needs. This brief history of Cristo Rey Parish was prepared for the 50th anniversary celebration of the parish. It is based on archival records located at Cristo Rey Church, the Catholic Diocese of Lansing Archives, and the various libraries in Lansing. In addition, this work draws upon oral history interviews with eighteen individuals who, in one way or another, have been part of the history of Cristo Rey Church.

Mexican Migration and Labor in the Pacific Northwest

This is the first book-length study to critically examine the Mexican experience in the Pacific Northwest. Many books deal with Chicano history, but few ever attempt to interpret or analyze it beyond the confines of the American Southwest.

The book analyzes the Mexican experience in the Pacific Northwest from the early twentieth century to the contemporary period.

The Mexicanization of Rural California 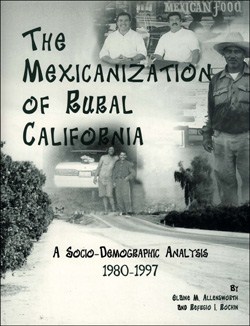 by Elaine Allensworth and Refugio Rochín

"I understand that 30-40 years ago [that city] was a really nice town ­ mostly Anglo, with nice homes. Then it got into trouble. They lost their police department. It's not nice anymore. There are a lot of crimes." (June 1997)

"This is [one of ] the poorest [cities] in the State of California. In all honesty, I wouldn't live in here. It's changed over the years. People ask me 'why do you want to work out there ­ in Murdersville?' Lots of dead bodies are found here 'Aren't you afraid you're going to be shot?' They've got their own little mafia over in [that city]. That's a Mexican town." (June 1997)

The place described by two people in 1997 is a small town located at the base of the mountains in a national park, surrounded by orc hards, in the heart of the San Joaquin Valley. The entire economy of the city, and of the surrounding area, depends on agriculture. Most of the population is Mexican or Chicanos, but there are a number of Anglos and Asians. It is a small, quiet town, with a bad reputation.

It's easy to transport yourself to Mexico walking around that community: the smell of tortillas and tamales as you pass local restaurants; the Mexican music flowing from car radios; the men with jeans, cowboy boots, and hats; the voices speaking in Spanish. Once you have visited it, it is not surprising to find that people call it, and many other communities in rural California, a "Mexican town."

Over the past thirty years, this town has gone through a dramatic transformation, from being mostly non-Latino White in the 1960s to being almost completely Latino in 1990. Similar demographic shifts are occurring in small towns throughout California. California's population, which increased by some six million people in the 1980s, is continuing to grow by a net amount of about 300,000 per year, or 800 every 24 hours. In fact, according to the U.S. Census Bureau, California's Latino population grew from 7.7 million in 1990 to 9.9 million in 1997, a 29 percent gain. Most of this growth is in metropolitan areas, but there has also been a large growth of population in rural communities. Many of the new residents are immigrants from Mexico and Central America (SCR 43 Task Force, 1989; Rochín and Castillo, 1995). California is the biggest, but not the only, state with Latino growth. The Latino population has grown in every state in the nation from 1990 to 1997, from 22.3 million in 1990 to 28.3 million in 1997.

Until 1970, most rural communities in California were largely populated by non-Hispanic Whites. But during the 1970s, and accelerating during the '80s and '90s, the White/Latino proportions changed dramatically so that some communities became almost completely Latino. While Latinos were once numerical minorities within barrios of communities, they have now become the majority in many places. At the same time, socioeconomic indicators changed to reveal disturbing underclass conditions in rural communities with high proportions of Latinos. Looking at cross-sectional data for 1990, the facts indicate more poverty and unemployment, and lower income and education where Latinos have concentrated, as in "Mexican towns" (Castillo, 1991; Allensworth and Rochín, 1995). Furthermore, rural Latino enclaves now lack essential housing, health, and social services, and there are fewer businesses to cover basic necessities, medical services, pharmaceuticals, and recreational activities (SCR 43 Task Force, 1989).

It is easy to view the phenomenon of "Mexicanization" as negative and the reason for the bad reputation of "Mexican towns." It is also tempting to view the demographic and economic changes that are occurring as a simple result of increasing immigration, i.e. of Mexicanization. But the facts of the matter are much more complex. Mexicanization has taken place in nearly every town and community of California. Even the rich and prosperous communities have added more Latinos. That is, there has been greater Latino growth in many prosperous communities, which do not bear the reputation of "Mexican towns." What is often ignored in people's assessment of Mexicanization is that all communities change, for good or bad, for a number of reasons. There are numerous processes occurring daily, such as non-Hispanic White emigration, industrial restructuring, and increasing economic polarization across places. It also must be asked why such places have been labeled, derogatively, "Mexican towns," while neighboring rural places have not. In short, we need to study the dynamics of the Mexicanization phenomenon in order to understand what's going on in rural California.

The book analyzes the Mexican experience in the Pacific Northwest from the early twentieth century to the contemporary period. 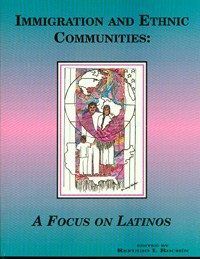 A Focus on Latinos

For more than a decade, Hispanic Americans have been embroiled in a social revolution of major proportions. Like all revolutions, there has been a mix of promise and peril - immeasurable social costs along with few benefits. In the current stage, drastic changes are taking place in the lives of Hispanics, with Latino immigrants being the most severely affected. For years now, Latino immigrants, especially those of Mexican origin, have borne the brunt of conservative populism - i.e., the outrage expressed by politicians, local leaders, talk show hosts, and, in essence, a significant part of the white middle class. U.S. society is now peopled by those who feel resentment, anger, and even hate against Latinos.

Fueling the immigration debate are new numbers from the U.S. Bureau of the Census, The Foreign-Born Population: 1994, showing that immigrants now constitute 8.7 percent of the U.S. population, the greatest share since before World War II. One-fifth of them have come in the last five years, one-fourth of these are from Mexico. By far, the largest group among the foreign-born is from Mexico - 6.2 million persons in 1994.

Still, the U.S. attitudinal climate about immigration is mixed. Figueroa points out that the more conservative Wall Street Journal frequently discusses the continuing merits of being a nation of immigrants, while the more liberal New York Timestends to oppose increased entry. The result is a lot of confusion, misunderstanding, and emotional reaction.

This book, based on a conference held at the Julian Samora Research Institute on April 28, 1995, is organized around two main themes - the first discusses patterns of immigration and describes several immigrant communities in the United States; the second looks in-depth at immigration issues, including economic and political matters.

Ever since the publication of the original MMPI, psychologists and psychiatrists around the world have been interested in cross-language and cross-cultural adaptations of the instrument to provide a means of assessing their patients from other cultural backgrounds according to objective personality assessment methods. During the period of its use, the original MMPI underwent over 150 different translations and was used for research and clinical evaluations in over 45 languages until it was revised in 1989 (Butcher & Pancheri, 1976). Following the revision of the MMPI and the publication of the MMPI-2 in 1989 and the MMPI-A in 1992, the translation pace for these instruments increased substantially. By 1996, the year that the International Adaptations of the MMPI-2 handbook was published (Butcher, 1996), there had already been 25 translations of the MMPI-2 and 12 translations of the MMPI-A attesting to the increased interest in employing these instruments in the assessment of psychopathology with clients in other languages.

This important volume by Roberto Velasquez and his colleagues is a landmark study with the MMPI-2 and MMPI-A, and serves as a crucial summary of the pertinent literature on the use of the MMPI-2 and MMPI-A with Hispanic clients. The weight of this volume indicates clearly that the revised versions of the MMPI are both appropriate and effective in describing personality with Spanish speaking Americans and will become the major instrument in assessing Latino clients as its predecessor, the MMPI, had done.

My Life With Refugio

It is generally assumed that the goal of transcribing oral histories is to preserve an authentic, individualized account of history, particularly the political and cultural realities which shaped the experiences of the narrator. A lifetime of letter-writing and a keen sense of observation have rendered Rodriguez de Rochín uniquely qualified to tell her own story.

Increasingly, these stories serve not only to entertain and create a vibrant link to the past, but also as historical evidence or a means to underwrite academic disciplines, such as history, ethnic studies, and gender studies. While oral histories undoubtedly make a unique contribution to the literature of these fields, in his 1993 publication "Culture and Truth," Renato Rosaldo elaborates the dangers in reducing the personal to academic knowledge, cautioning that "in invoking personal experience as analytical category, one risks easy dismissal" (p.11). Rosaldo feels, as does the author, that the extent that "professional" attempts to tell, or to assist in telling, the stories of others ultimately illuminate more about the writer or "interpreter" than they do the subject.

This belief led her to limit her influence in this book to reorganizing the sequence of certain observations and events, and incorporating information gathered during tape-recorded interviews into the already-written text essentially verbatim. She tried to the greatest extent possible to limit her own modifications and suggestions to efforts to clarify the text, rather than modify its meaning through either inclusions or exclusions. 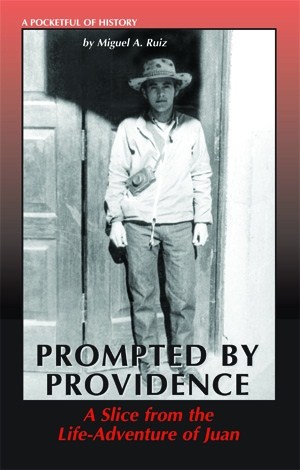 A Slice from the Life-Adventure of Juan

by Miguel A. Ruiz

What makes this story especially interesting is that Juan came of age in the late 1960s, when the Church was being jolted by the reforms of the Second Vatican Council, when the Nation was being divided by the Vietnam War, and when thelass="fright" World was being shaken by Cold War unrest.

This is the first book-length study to critically examine the Mexican experience in the Pacific Northwest. Many books deal with Chicano history, but few ever attempt to interpret or analyze it beyond the confines of the American Southwest.

Young Juan tries studying for the priesthood and meets with an unbelievable ineptness on the part of his diocese, his seminary instructors, and his formation directors. He joins the Peace Corps and is sent to Peru... Ineptness again...

This is the story of how Juan copes with these and other disappointments and misdirections, keeps in touch with the true Lord of his life, and remains true to his ideal of eliminating injustice and discrimination, prompted as he is by Providence...